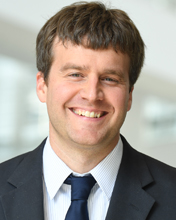 
Professor Brian Murray has a wealth of legal practice experience, having served as an Assistant Public Defender at the Chester County Public Defender’s Office in Pennsylvania and a staff attorney at Community Legal Services of Philadelphia. Professor Murray was an Abraham L. Freedman Fellow at Temple University, Beasley School of Law, where he also earned an L.L.M. in Legal Education. Most recently, Professor Murray was a fellow at the Quattrone Center for the Fair Administration of Justice at the University of Pennsylvania Law School.

His scholarship focuses on issues relating to the administration of the criminal law, including the exercise of prosecutorial discretion, the forces and dynamics that shape plea-bargaining, the effect of collateral consequences on reentry, and professional responsibility in the criminal justice system. Professor Murray's articles have been published in the University of Richmond Law Review, Stanford Journal of Civil Rights and Civil Liberties, Harvard Law and Policy Review, Southern Methodist University Law Review, and the Fordham Law Review.

A New Era for Expungement Law Reform? Recent Developments at the State and Federal Levels, 10 Harv. L. & Pol’y Rev. 361 (2016) (cited in amicus brief to the Supreme Court of the United States for Doe v. United States)