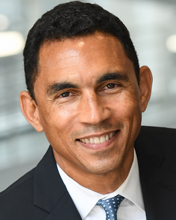 
Richard Winchester is a national authority on small business and federal employment tax policy. His articles have appeared in numerous academic journals, including Stanford Law & Policy Review, Mississippi Law Journal and Nevada Law Journal. In addition, Congressional Reports frequently cite his work, giving him an influential voice in contemporary tax policy debates. The University of Carthage hosted him when he was a Fulbright Scholar in Tunisia a year after the country gave birth to the Arab Spring. His work in the employment tax field earned him admission to the National Academy of Social Insurance in 2010.

Before entering legal education, Professor Winchester spent ten years as a corporate tax planner, helping privately owned and publicly traded companies structure their business operations and financial transactions. He ended his time in practice as an international tax attorney in the national tax office of PWC, where he advised both U.S. firms investing abroad and foreign firms investing in the U.S. He began his legal career as a law clerk for Chief Justice Robert N.C. Nix, Jr. of the Pennsylvania Supreme Court.

Professor Winchester is a graduate of Yale Law School, where he was editor-in-chief of the Yale Law & Policy Review. He holds a B.A. from Princeton University in its School of Public and International Affairs.