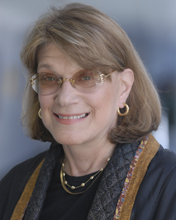 
Professor Elizabeth F. Defeis has lectured internationally on human rights, rule of law, democracy and constitution building, electoral reform and standards for independence of the judiciary. Her expertise has been requested by governments and intergovernmental institutions including the OSCE and the United Nations. She has lectured in countries ranging from Azerbaijan, Russia, Tajikistan and Turkmenistan, Guinea Bissau, Nepal, Italy, Egypt and Germany. She has also participated in fact finding missions in Gaza and the West Bank, Armenia and Moldova and in numerous international conferences including the U.N. Conference on Women in Beijing, China and the U.N. Conference on Human Rights in Vienna, Austria. She is an Advisor to The Permanent Observer Mission of the Holy See to the United Nations.

Professor Defeis teaches in the areas of International Law, International Human Rights, International Criminal Law, European Union Law and United States Constitutional Law. She was a visiting Professor of Law at the University of Milan and held the Distinguished Chair at the University of Naples, Italy. She was also a visiting Professor at St. Louis University, School of Law, St. John's University School of Law and Temple University School of Law. Through Fulbright Scholarships and the Speakers Program of the U.S. State Department she has lectured at various universities including those in Russia, Iran, India, Bangladesh, Italy, Egypt, Kenya and Armenia. She is the recipient of numerous awards including a Ford Foundation Fellowship, a Reginald Heber Smith Fellowship and an Honorary Doctor of Law Degree from St. John's University.

Professor Defeis has written extensively in the areas of International Law, Human Rights, Gender Equality, European Union Law and U.S. Constitutional Law. She is also the Producer/Host of television programs including the 15 part video course on Women and the Law, Human Rights and New Jersey, the 3 part series The Italians and the Creating of America and the 10 part International Law Television Course which has been translated into Chinese, Spanish and Russian and is in distribution in more than 25 countries.

Professor Defeis currently serves on the Council of International Affairs and the Committee on Foreign and Comparative Law for the Association of the Bar of the City of New York and previously Chaired the International Law Committee and the Committee on the United Nations for the Association. She is active in numerous professional associations including the ABA, the New York and New Jersey State Bar Associations, the International Association of Jurists Italy/U.S.A. and the American Law Institute. She is a member of the Board of SUNSGLOW and is a director of the Albert Einstein Institution, which explores alternatives to violence in the international context. Professor Defeis was appointed by Governor Thomas Kean to chair the Urban Development Corporation for the State of New Jersey.

Professor Defeis received her J.D. from St. John's University School of Law and her LL.M. from New York University, School of Law. Prior to joining the faculty of Seton Hall Law School, Prof. Defeis was selected for the Honors Program with the United States Department of Justice and was an Assistant United States Attorney in the Southern District of New York. She was also an Associate with the Law Firm of Carter, Ledyard, Milburn in New York specializing in complex litigation and was a Reginald Heber Smith Fellow at Bedford Stuyvesant Legal Services in Brooklyn, N.Y. focusing on test case litigation. Professor Defeis joined the faculty of Seton Hall Law School in 1971 and was Dean from 1983 to 1988.

Human Rights and the European Court of Justice: An Appraisal, 1 Fordham Int'l Law Journal 1104 (May 2008)

Targeted Sanctions, Human Rights, and the Court of First Instance of the European Community, 30 Fordham Int'l L.J. 1449 (May 2007)

The Treaty of Amsterdam: The Next Step Towards Gender Equality?, 23 Boston College Journal of International Law Rev. 1 (Winter 1999)

The Treaty of Lisbon and Accession of the EU to the European Convention on Human Rights, ILSA Journal of Internationall & Comparative Law at Nova Southeastern University, 2012 International Practitioner's Notebook (forthcoming Fall 2012)