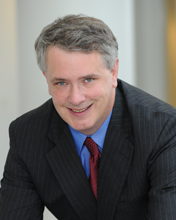 
Erik Lillquist teaches in the areas of criminal law and procedure, evidence and intellectual property. Erik Lillquist has been very active in efforts to improve the operation of the criminal justice system, writing extensively on the topic. He also testified before the New Jersey Death Penalty Study Commission. He has written the implication of technology and biology for medicine and commerce. Most recently, he has published on the implication of government regulation on networked technologies.

Erik Lillquist received his B.S. in Biology and B.A. in History from Stanford University in 1989, and his J.D. from the University of Virginia in 1995. At Virginia, he was elected to the Order of the Coif and was the Editor-in-Chief of the Virginia Law Review. After law school, Erik Lillquist clerked for the Honorable John M. Walker, Jr. of the United States Court of Appeals for the Second Circuit. He then joined the firm of Lankler, Siffert & Wohl, where he specialized in criminal defense and civil litigation.

Erik Lillquist joined the faculty of Seton Hall Law School in 1999. From 2001 to 2009, he was the Director of The Gibbons Institute of Law, Science & Technology. In the Fall of 2004, Erik Lillquist visited at the University of Minnesota School of Law. He was named Associate Dean for Finance and Administration in 2007 and became Senior Associate Dean in 2009.

Constitutional Rights at the Junction: The Emergence of the Privilege Against Self-Incrimination and the Interstate Commerce Act, 81 Va. L. Rev. 1989 (1995)