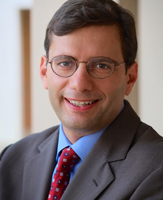 
Eugene Mazo is a nationally recognized scholar of election law. He writes about voting rights, campaign finance, redistricting, legislation, and the theory and practice of democracy, both in the United States and around the world. Professor Mazo’s book The Best Candidate: Presidential Nomination in Polarized Times was published by Cambridge University Press in 2020. His previous books include Democracy by the People: Reforming Campaign Finance in America (Cambridge University Press, 2018) and Election Law Stories (Foundation Press, 2016).

Professor Mazo has long been a scholar of the democratic process. He was a post-doctoral scholar and research fellow at the Center on Democracy, Development, and the Rule of Law (CDDRL), an affiliated scholar at the Center for International Security and Cooperation (CISAC), and a visiting researcher at the Center for Russian, East European, and Eurasian Studies (CREEES), all at Stanford University. He has been awarded grants for his research by the Social Science Research Council and the Woodrow Wilson International Center for Scholars, and he is a past recipient of the Paul & Daisy Soros Fellowship for New Americans. Prior to beginning his teaching career, he was an associate at Skadden Arps Slate Meagher & Flom.

Professor Mazo’s name has often been cited in the media, appearing in publications such as The New York Times, The Washington Post, The Financial Times, The International Herald Tribune, and Foreign Policy. He has been a guest blogger for Prawfsblawg and can frequently be found ruminating about democracy on Twitter. His articles are available on the Social Science Research Network. Professor Mazo has taught at several law schools, including Baltimore, George Mason, Maryland, Rutgers, and Wake Forest. A graduate of Columbia College, he holds a master's degree from Harvard, a doctorate in politics from Oxford, and a law degree from Stanford.

The child of immigrants, Professor Mazo was raised in Newark, New Jersey.

Primary Day: Why Presidential Primaries Should Be Held on a Single Day, in The Best Candidate, (Eugene D. Mazo & Michael R. Dimino eds.) (2020)