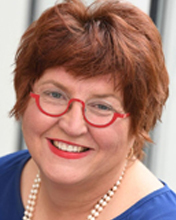 
Margaret “Peggy” Jurow is a Practitioner in Residence in the Civil Litigation and Practice Clinic at the Center for Social Justice. Peggy concentrates her practice in foreclosure defense and affirmative consumer law related litigation, outreach and community education.

Prior to joining the Civil Litigation and Practice Clinic, Peggy was a member of Jurow & Schore, LLC, a woman-owned private law firm concentrating in the representation of homeowners and consumers in litigation and bankruptcy.

Before that Peggy was an Associate General Counsel at Legal Services of New Jersey where, beginning in 2007 as the financial crisis emerged, she represented homeowners in foreclosure and with affirmative consumer claims. Peggy trained more than 350 private pro bono practitioners to represent low income homeowners in defense of foreclosure in response to the financial crisis. Peggy also testified before the state legislature on issues related to foreclosure and participated in the drafting of legislation to protect consumers who have been victimized by foreclosure rescue scams.

Peggy was a Trial Attorney at the United States Department of Justice, Office of the United States Trustee for New Jersey where she served on a multi-agency Bankruptcy Fraud Task Force and as an expert witness in attorney ethics matters. She was also a partner at Podvey Sachs, later Podvey Meanor, where she concentrated in employment, property tax, commercial and bankruptcy litigation.

Peggy received her J.D. from Rutgers Newark Law School, where she was Notes and Comments Editor of the Women’s Rights Law Journal, and received her B.A. in Economics from CUNY, Hunter College. She contributed a chapter to The Woman Advocate, Second Edition, edited by Abbe Fletman and Evelyn Storch and published by the ABA, and she is a co-author of Helping Homeowners Pay Their Mortgage and Stay in their Homes in Contested Foreclosure Cases, New Jersey Lawyer, April 2014.

In addition, Peggy is a frequent lecturer on foreclosure and consumer issues and currently serves on a New Jersey Supreme Court Committee working to improve foreclosure procedures.