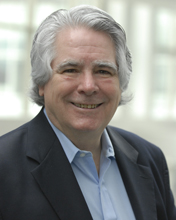 
Professor Judson Jennings specializes in teaching civil litigation subjects. His primary area of interest has been the impact of computer technology, the internet, and the web 2.0 phenomena of online social communities upon the development of law and dispute resolution procedure, and upon the practice of law.

During the 2007-2008 academic year, Professor Jennings co-taught a joint seminar in which students from the business school formulated startup plans for ventures in Second Life, Linden Labs online multiverse, while law students reviewed the plans, identified pertinent legal issues, and provided legal advice. The best resulting research papers will be housed in a Second Life library. His avatar is Judson Cortes.

After graduating from Princeton University and Georgetown Law School, Professor Jennings worked in public interest law for nearly ten years, as one of the original “storefront lawyers” at MFY Legal Services on the Lower East Side and in Hell’s Kitchen, the Columbia University Welfare Law Center, and Legal Services for the Elderly Poor. He is a member of the bars of New York, New Jersey, and the District of Columbia. He is a member of the board of directors of New Jersey Volunteer Lawyers for the Arts, and is the advisor for the Arts Law chapter at the law school.

He came to Seton Hall in 1977 after serving as a Clinical instructor in the New York University School of Law Urban Law Clinic. He was named teacher of the year in 1986 and 1995. He has been deeply involved in the planning process for the school’s physical facilities, serving as chair of the Building Committee and formulating the evolving technology infrastructure that supports the school community. He served as Associate Dean for Academic Affairs in 1982-1983.

A Practitioner's Introduction To The Technological And Legal Implications Of The Year 2000 Problem, 24 Seton Hall Legis. J. 137 (1999)

No Cause for Complaint? The Relationship Between Substance and Procedure in Federal Civil Rights Actions, 12.1 Seton Hall Law Review 1 (1981)

What to You Get With the Gold Watch? An Analysis of the Employee Retirement Income Security Act, 17 Arizona L.R. 426 (1975)