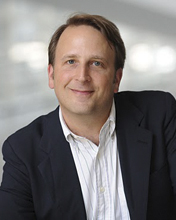 Professor Romberg received his A.B. degree in philosophy from Princeton University, then spent time as a community organizer for a peace and justice group and as a volunteer tutor and counselor for juveniles on probation in Washington, D.C., while embarking on a short-lived and ill-fated stint as a humor writer. He then began his career as a public interest lawyer, working for the NAACP Legal Defense and Educational Fund and Public Citizen Litigation Group, among other public interest firms, while receiving his J.D. from Northeastern University. Following law school, he clerked for the Hon. Warren J. Ferguson on the United States Court of Appeals for the Ninth Circuit. He then served for two years as a John J. Gibbons Fellow in Public Interest and Constitutional Law at the firm of Gibbons, Del Deo, Griffinger & Vecchione in Newark, NJ, and taught as an adjunct clinical professor in Rutgers-Newark Law School's Constitutional Litigation Clinic. As a Gibbons Fellow and clinical professor, he has written or co-written numerous briefs on important issues of public interest law in New Jersey and nationally, including challenges to Megan's Law; New Jersey's "child exclusion" welfare reform; the public school finance system; the paternal preference in children's surnames; purported pre-emption of the Consumer Fraud Act; an overly strict interpretation of the Drug Kingpin statute; and unconstitutional treatment of New Jersey's inmate population. He came to Seton Hall in 1995. Professor Romberg currently teaches Contracts and supervises the school's Impact Litigation Clinic. His scholarly interests include class actions, law reform, civil rights, special education and constitutional law.

Is There a Doctrine in the House? Welfare Reform and the Unconstitutional Conditions Doctrine, 22 Fordham Urb. L.J. 1051 (1995)