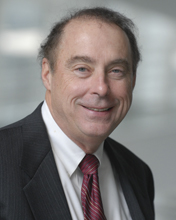 
Professor Robert Martin focuses on major policy areas involving the operation of state and local governments. He has concentrated on issues impacting land use, education law, state constitutional law and legislation. Several of his law review articles have been excerpted and appear in leading law school textbooks.

From 1985 to 2008, Professor Martin served in the New Jersey State Legislature, the last fifteen years as a state senator representing portions of Morris, Essex and Passaic Counties. As a legislator, he was the prime sponsor of more than a 100 laws, including the Highlands Water Protection and Planning Act, the Open Public Records Act, the Comprehensive Educational Improvement and Financing Act, and the Act to Repeal the Death Penalty in New Jersey.

Since retiring from the Legislature, Professor Martin has been appointed as one of four commissioners on the New Jersey State Commission of Investigation, charged with uncovering crime, waste and mismanagement. The Governor also appointed him to serve on the Board of Directors of Horizon Blue Cross/Blue Shield, the largest health insurer in New Jersey. He also serves as the Education Policy Consultant to the Council of State Governments/Eastern Regional Conference, headquartered in New York City, and as a member of the Board of Directors of the New Jersey Institute of Continuing Legal Education (ICLE).

Professor Martin previously served on the Executive Committee of the Council of State Governments, the New Jersey State Employment and Training Commission, and the Education Commission of the States. He was also a member of the Select Committee to Study the Divorce Laws of New Jersey and chaired the Governor's Task Force on the Treatment of the Criminally Insane. He has taught at Rutgers-Camden Law School as a Visiting Professor and at Rutgers-Newark Law School as an Adjunct Professor.He is certified as a Diplomat in Municipal Law by Rutgers University and the NJ Institute of Municipal Attorneys and has completed leadership programs at the University of Virginia's Darden Graduate School of Business Administration and the University of Pennsylvania's Fels Institute of Government. At New York University School of Law, he was awarded the Seymour Goldstein Memorial Prize for academic excellence. Before joining the Law School full-time in 1990, Professor Martin was a partner in a New Jersey law firm specializing in land use and municipal practice and represented numerous municipalities as municipal attorney, municipal prosecutor and zoning board attorney and as counsel to three statewide trade organizations.

Calling in Heavy Artillery to Attack Politics as Usual: Past and Prospective Deployment of Constitutional Conventions in New Jersey, 29 Rutgers L.J. 964 (1998)