Home  >  News  >  Church Restrictions in the Age of Covid-19: Reasonable or Discriminatory?

Church Restrictions in the Age of COVID-19: Reasonable or Discriminatory? 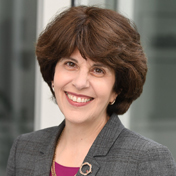 Imagine that you are the pastor of a church. You have just read the state’s new public health guidelines that apply specifically to houses of worship. The guidelines ban singing and chanting during indoor worship services. You’re startled: how can there be worship without singing? You understand that the point is to protect against the coronavirus, which can easily spread through the air. You’ve read about how singing in close groups is very dangerous. And yet no other indoor operations have similar bans, including camps, schools, protests, malls, and entertainment productions. Only worship. Further, the singing ban still applies even with occupancy limits and a congregation that is socially distanced and masked. You wonder: Doesn’t the First Amendment guarantee that worship will not be singled out for suppression? If the state really believed that singing was such a high-risk activity—even with safety protocols in place—why then are no other indoor activities similarly restricted?

Evangelical Christian churches have sued California’s Governor to challenge this very ban, issued on July 1. They argue the ban is discriminatory and therefore unconstitutional.

During the pandemic, states have been trying to balance religious freedom against the public health risks of worshippers sitting close together for prolonged periods. Most houses of worship have complied with closure orders by livestreaming services or holding outdoor services, and for many churches now open, with occupancy caps and safety protocols. But some churches have claimed the state closures and other restrictions are discriminatory, targeting religion for worse treatment than other operations. It didn’t help that states used terms like “non-essential” to describe worship while deeming operations like liquor stores and gun shops to be “essential.” One court criticized a state’s long list of permitted “life sustaining activities” subject only to safety protocols, while “soul-sustaining” worship services were banned entirely. President Trump took up the religious liberty cause early on, calling for states to allow churches to open by Easter. The New York Times recently reported over 650 cases linked to 40 religious services throughout the nation, many in the last month alone as restrictions have relaxed.

The U.S. Supreme Court has entered the fray. A church sued California’s Governor to challenge church occupancy restrictions. In late May, on a 5-4 split, the Court denied a church’s request for an injunction. The state limited places of worship to the lesser of 100 persons or 25% of building capacity. Retail businesses and many workplaces were not subject to similar restrictions.

Chief Justice Roberts wrote that the occupancy cap appeared consistent with the First Amendment. The guidelines restricted worship and “comparable secular gatherings, including lectures, concerts, movie showings, spectator sports, and theatrical performances, where large groups of people gather in close proximity for extended periods of time.” California’s choice to allow stores to operate with fewer restrictions was reasonable because people “neither congregate in large groups nor remain in close proximity for extended periods” in those kinds of establishments. He thought it prudent to defer to states during a pandemic, especially as public health information is evolving.

In contrast, Justice Kavanaugh in dissent thought the guidelines clearly discriminated against churches. Instead of comparing churches to theaters and sports arenas, he compared them to secular businesses, including “factories, offices, supermarkets, restaurants, retail stores, pharmacies, shopping malls, pet grooming shops, bookstores, florists, hair salons, and cannabis dispensaries.” These businesses were not subject to the 25% occupancy cap.

Justice Kavanaugh asked, how can it be safe for a person to go grocery shopping but not to church? To encounter a delivery person, but not a minister? To remedy what he considered a constitutional violation, California could allow worship with health protocols in place, as it does for secular businesses, or impose occupancy limits across the board.

Last Friday, the Supreme Court again rejected a church’s request to block a state from imposing an occupancy cap on attendance at worship services. The decision, which provided no explanation, came with vigorous dissents by three justices who claimed that Nevada’s more favorable treatment of casinos was clearly discriminatory. Houses of worship are limited to 50 worshippers, while casinos can operate at 50% of capacity.

The question of fair treatment of worship as compared to other activities is not always litigated. Sometimes, the resolution plays out in the public square. In Minnesota, for instance, the Governor announced a re-opening plan after a long period of church closure. The Catholic Bishops of Minnesota flatly refused to follow the new 10-person limit for worship—even in enormous sanctuaries—when the reopening plan allowed 50% occupancy for retail stores, big-box stores, and malls, which could mean many hundreds of people in those spaces. In response, the Governor relaxed the restrictions for churches to the lesser of 25% occupancy capacity or 250 persons.

Some religious groups will continue to press for greater freedom for worship during the pandemic. How a state categorizes worship in comparison to other activities will continue to be an important part of any legal analysis. But the singing ban noted above raises a new question: even if a state banned all indoor singing, does the First Amendment require states to treat worship as a uniquely protected activity? In other words, must states have a more relaxed rule for worship, allowing singing with masks and social distancing, even when other indoor singing is flatly prohibited? We leave this puzzle for another day.

Angela C. Carmella is a Professor of Law at Seton Hall University School of Law. Her intellectual focus is the intersection of law and religion, specifically the First Amendment's religion clauses, religious land use, and Catholic social thought. Professor Carmella writes and speaks on a wide range of issues related to religious freedom. Professor Carmella's biography and publications are available online.