COVID Lockdowns: Why Didn't They Produce a Greater Reduction in Air Pollution? 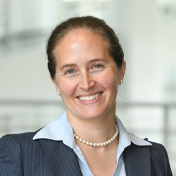 Heeding requests to work and learn from home and for all but essential workers to be off the streets, total household vehicle travel across the US declined up to 72%. Some places hit particularly hard by the pandemic showed a greater decrease – New Jersey, for example, decreased by 84% the vehicle miles traveled when comparing the first week in March and the first week in April.

Our air travel also dramatically decreased. On April 8, TSA screened fewer than 95,000 passengers across the country – only 4% of the 2.23 million that passed through checkpoints on that date a year earlier. On one day, fewer than 2,500 people total passed through NYC’s LaGuardia. Members of the daily flying public finally hit more than 500,000 again on June 11th. However, that is still less than 19% of travelers that flew on that same date a year ago.

Across most of North America, electricity demand was down around 10% in May. In New York City, it was more than 20% below pre-COVID forecasted levels. As a comparison point, Italy had some days that were down over 25%, and Europe overall also decreased more than 10%. Demand is down because, while we’re using more electricity in our homes, that increase is more than offset by decreases in commercial and industrial (business) load.

Given that electricity generation and transportation are two sectors driving a significant amount of our air pollution (both greenhouse gas and criteria pollutants), it would be reasonable to think that air pollution has substantially decreased. This is especially true given that more of that power we did use is being supplied from criteria-pollutant- and carbon-free sources, not just in the US but around the world. Britain went more than two months without burning coal to generate electricity, and carbon-free sources met 60% of demand in Europe for the first three months of 2020 with renewables making up 41% of that. In the US in 2019, renewable sources produced more electricity than coal-fired generation for the first time since 1885. That continued during the COVID stay-at-home orders, during which electricity from renewables “far outpaced” that from coal-fired power plants.

Based on all these actions, unsurprisingly, greenhouse gas emissions also dropped worldwide by a record amount – down 17% in April compared to April 2019 levels. However, as the stay-at-home orders have lifted, global greenhouse gas emissions are quickly increasing (or “surging back,” as the NY Times put it), close to what they were before COVID. Unfortunately, due to the lag time between when greenhouse gases are emitted and when they come to equilibrium in the atmosphere, carbon dioxide concentrations in the atmosphere hit the highest levels in 3 million years, increasing to over 417 ppm in May.

We also didn’t see as significant an impact on criteria air pollutants – things like particulate matter – that we might have expected. Researchers found an overall decrease of about 25% for nitrogen dioxide and some decline in small particulate matter (PM2.5) in states with early non-essential business closures, but not necessarily any decrease in PM2.5 for states that had later non-essential business closures.

What explains that? A lot can be explained by what wasn’t shut down: most manufacturing, industrial operations, construction, and agriculture are deemed essential. Therefore, emissions from these businesses and industrial sectors continued unabated. Additionally, a larger percentage of the vehicles on the roads were medium and heavy duty trucks (think about all those deliveries!) – and most of the diesel vehicles on our roads are in those categories. So when the gasoline passenger cars that make up 56% of the overall US fleet were parked in garages and driveways, trucks were still in operation. And all forms of truck – light-, medium- or heavy-duty, either powered by gasoline or diesel – emit more fine particulate matter and nitrogen dioxide per mile than passenger cars.

Decreases in air pollution can improve health outcomes. We can and should be working to lessen the pollution burden, especially in the most impacted communities. Emissions from electricity generation, transportation, and industrial sites will need to be addressed. Efficiency and operations in our buildings will also be key to long-term emissions reductions. In our sudden move to working and studying at home, many of our office and school buildings, suddenly mostly unoccupied, still had to be heated, cooled and lit for the essential workers that were in those spaces. Ensuring that those buildings are both efficient and electrified will help – over time.

But here’s the thing: if we all return to work in single-occupant vehicles rather than using mass transit, the air pollution in many places may get worse than what it was pre-COVID unless those cars are electric. This is especially true as air pollution tends to be worse in the summer, so all those extra vehicle miles would be occurring at exactly the wrong time for our collective health. Based on the choices we make coming out of lockdown, we could see air pollution get worse post-COVID stay-at-home before it gets better.

Heather Payne is an Associate Professor of Law at Seton Hall University School of Law. She specializes in the areas of energy law, environmental law, evolving regulatory policy, and the implications for property, both real and intellectual. As a former chemical engineer and corporate executive, she brings a deep understanding of both the technical and economic implications of policies to address new realities in a resource-constrained world. Professor Payne's biography and publications are available online.