Insights on President Trump’s Executive Order on the Payroll Tax 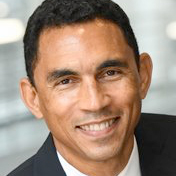 President Trump signed an executive order on Saturday, August 8, directing the government to defer a portion of the tax withheld from the paychecks of certain workers. Legal challenges are expected. However, if implemented, the measure would provide very limited relief while leaving workers with a huge tax debt that they must pay at the end of the year.

What tax is affected?

Who is eligible for the tax relief?

The temporary tax relief will only apply to workers earning $2,000 a week or less. That translates into $104,000 a year. Anyone earning more than that would not see any tax savings.

How long is the tax break in effect?

How much money are we talking about?

If you make the maximum amount of $2,000 a week, you will have $124 more to spend each week. But you will be racking up a $2,108 tax debt that you will have to repay at the end of the year. That translates into more than one week’s worth of earnings. If you make $500 a week, you save $31 each week. But you will owe $527 at the end of the year. The president wants to eliminate the tax debts that workers will owe. However, Congress will have to pass legislation for that to happen.

Will this affect my Social Security benefits?

This order should not affect the benefits you ultimately receive because your benefits are based on your earnings history. The order does not change that. It only defers the time when you have to pay the tax on your earnings.

Richard Winchester is an Associate Professor of Law at Seton Hall University School of Law and is a national authority on small business and federal employment tax policy. His work is frequently cited in Congressional Reports and by media on tax matters and prior to teaching he worked as a corporate tax attorney for PricewaterhouseCoopers in its National Tax Office.