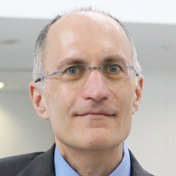 Since mid-March, nearly all states have issued orders closing non-essential businesses and other activities. Not surprisingly, some of the affected entities have challenged these orders in court.

In general, courts tend to defer to actions taken by state public health officials to protect the public from infectious diseases, even if those actions place some limitations on individual liberty. Broad claims that states lack the authority to prohibit non-essential activities during a pandemic are therefore unlikely to be successful.

However, some state laws may be vulnerable to a variety of more narrowly drawn challenges. Some of the key issues currently being litigated include the following:

1. Did the individual or entity issuing the order have the authority to do so?

Similar issues are at play in a lawsuit brought by Wisconsin’s legislature against an order by the state Department of Health Services Secretary closing nonessential businesses. The legislators claim that, although state law expressly allows the Secretary to issue “orders…for the control and suppression of communicable diseases,” the Secretary’s action was not actually an order but rather a generally applicable “rule.” As such, they claim, it should have gone through the process normally required for administrative rulemaking, which involves legislative input and a mandatory 10-day waiting period. Some observers see the lawsuit as part of Republican legislators’ broader efforts “to strip the executive branch of key powers to render the governor ineffectual.”

2. Does the order provide adequate due process protections?

Public health officials’ authority to limit individual liberties are not unlimited. For example, courts have held that individuals subjected to mandatory isolation for contagious diseases like tuberculosis are entitled to procedural protections, including the right to appeal.

The adequacy of procedural protections was a key issue in a challenge to Pennsylvania Governor Tom Wolf’s order to close all “non-life-sustaining businesses.” A group of businesses claimed that the manner in which businesses were granted waivers from the order was arbitrary and capricious, in part because it did not provide businesses with the opportunity for judicial review of adverse decisions. The Pennsylvania Supreme Court rejected that argument, but the decision was 4-3, with a the partial dissent expressing concern about “the majority’s conclusion that ‘summary administrative action’ by the executive branch to close many businesses throughout the Commonwealth must evade judicial review as a check against arbitrariness.”

3. Does the order discriminate against religious gatherings?

Several challenges to state closure orders have been brought by religious organizations, which have claimed that prohibitions on gathering violate the free exercise clause of the First Amendment. A key issue in these cases is whether the state’s action constitutes a “neutral law of general applicability.” The Supreme Court has made clear that neutral and generally applicable laws “need not be justified by a compelling governmental interest even if the law has the incidental effect of burdening a particular religious practice.” In contrast, laws that single out religious activity for adverse treatment must be justified by a compelling governmental interest and must be narrowly tailored to achieving that interest.

Some courts have found that prohibitions on religious activities are neutral and generally applicable if they are part of broader prohibitions on other activities involving comparable health risks. For example, in rejecting a church’s challenge to New Mexico’s emergency limitation on mass gathers – which initially included an exemption for places of worship, but was later amended to remove the exemption – a federal district court found that the limitation was “both neutral and generally applicable” and that there was “no evidence of animus against Christianity in particular or against religion in general.” Rejecting the church’s claim that the order “targets houses of worship” because it “does not restrict the number of people who may gather at funeral homes, media outlets, and other essential businesses,” the court observed that the order “severely restricts myriad secular activities,” including sporting events, conferences, and conventions.

By contrast, in a decision enjoining the Governor of Kentucky from enforcing orders prohibiting drive-in services at a Louisville church, the Sixth Circuit found that the orders had “several potential hallmarks of discrimination” against religious activity. Unlike the district court in New Mexico, the Sixth Circuit was concerned that certain essential activities were exempted but religious activities were not. Observing that the orders exempted “life-sustaining businesses” as long as they followed social distancing guidelines, the court noted that “the orders do not permit soul-sustaining group services of faith organizations, even if the groups adhere to all the public health guidelines required of essential services and even when they meet outdoors.”

4. Does the order violate individuals’ Second Amendment right to keep and bear arms?

Many states have exempted firearm and ammunition retailers from business closure laws. Some of these states acted in response to guidelines from the Department of Homeland Security that included gun stores and shooting ranges on the list of “critical infrastructure.”

In states without such exemptions, plaintiffs have argued that preventing access to firearms and ammunitions violates individuals’ Second Amendment rights. For example, the National Rifle Association (NRA) has challenged New York State’s business closure laws because they “cut off the only way of legally purchasing firearms in the State” during a time “when many New Yorkers have valid concerns about the ability of the government to maintain order – and criminals are being prematurely released from jails.” According to the NRA, because the state’s orders “substantially burden the Second Amendment right of citizens and residents of the State of New York to keep and bear arms,” they must be justified by a compelling interest and be narrowly tailored to achieving that interest. The NRA argues that this standard is not met because “other retail stores, including liquor stores, have been allowed to remain open subject to taking reasonable precautions to prevent the spread of COVID-19.”

As noted above, in First Amendment cases, the Supreme Court has held that “neutral laws of generally applicability” do not need to be justified by a “compelling interest” or be “narrowly tailored,” even if those laws incidentally burden religious activity. The NRA’s challenge to New York’s law may require courts to consider whether a similar standard should also apply to laws that incidentally burden Second Amendment rights.

5. Does the law constitute an “undue burden” on the right to obtain an abortion?

Some states that have interpreted prohibitions on non-essential medical procedures to include non-emergency abortions, which has the effect of banning most abortions while the prohibition is in effect. Plaintiffs have claimed that these actions constitute an “undue burden” on the right to an abortion in violation of the Supreme Court’s decision in Planned Parenthood v. Casey.

In both Oklahoma and Texas, federal courts have ruled that patients cannot be denied access to abortions during the pendency of a state closure order if they would be past the legal limit for an abortion once the order has expired. However, the courts reached contrary decisions on access to medication abortions. In Oklahoma, the court reasoned that medication abortions must be permitted because “this procedure is safer and requires less interpersonal contact and [personal protective equipment] than surgical abortion.” In contrast, in the Texas case, the Fifth Circuit ruled that the appropriate question under Casey is whether a law places “burdens on abortion that ‘beyond question’ exceed its benefits in combating the epidemic.” Finding no clear evidence on whether medication abortions would consume excessive medical resources during the pandemic, the court was unwilling to conclude that “merely postponing medication abortions ‘beyond question’ violates the right to abortion.”

Carl H. Coleman is a Professor of Law at Seton Hall University School of Law and specializes in the legal, ethical, and public policy implications of medical treatment, research, and public health. He also currently serves as Academic Director of the Law School's Division of Online Learning. Professor Coleman's biography and publications are available online.