On July 16, 2021, in a ceremony surrounded by family and friends, Seton Hall Law School Alum Stuart W. Risch, J.D. ’87 was promoted to Lieutenant General (LTG) and sworn in as The 41st Judge Advocate General of the United States Army.

The Judge Advocate General (TJAG) is the U.S. Army’s highest ranking attorney who commands the JAG Corps, a Regiment responsible for representing and advising the Army, soldiers, and family members on legal matters. LTG Risch acknowledged the responsibilities of this appointment at the promotion ceremony when he stated, “I know that I must work incredibly hard and care deeply about, not only those that I serve by providing the absolute best legal counsel and support that I possibly can, but those that I have been afforded the privilege to lead—to continue to earn each and every day the rank that has been placed on my shoulders today.”

LTG Risch now leads a Regiment 10,000 strong, comprised of judge advocates, enlisted paralegals, warrant officers, as well as civilian attorneys and paraprofessionals. He went on to thank the Army JAG Corps “for who they are and what they mean to our Army and our Nation and for all that they have accomplished; but the work is not done—the best is yet to come.” As for how he plans to lead and inspire the Corps moving forward, LTG Risch told the Regiment “to be the trusted professionals that our Army has come to expect, and respect. Work hard, work smart, and be people of character, and I guarantee you, everything else will work out just fine.” 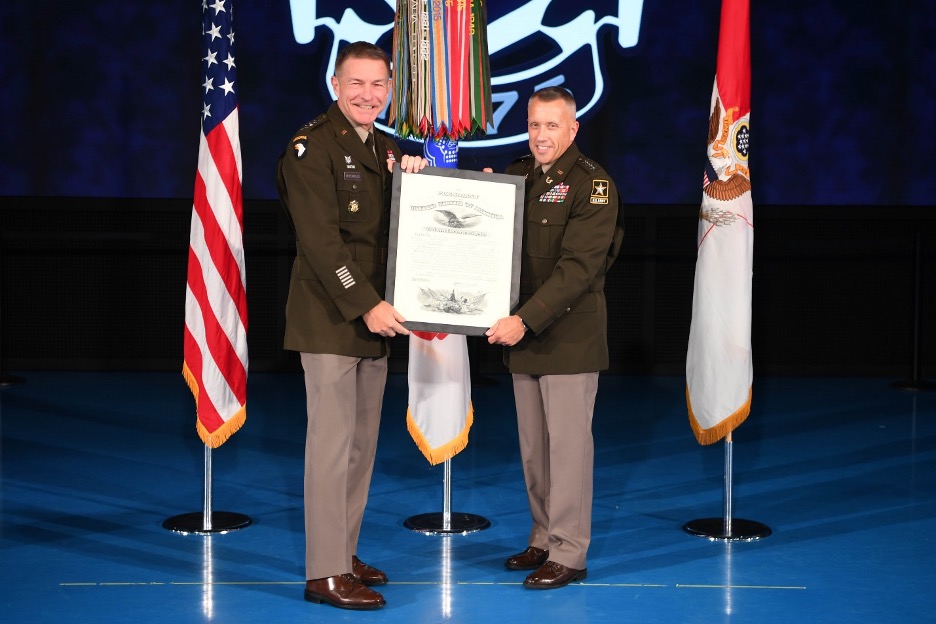 Caption: GEN McConville, Chief of Staff of the Army, presented the Promotion Certificate to LTG Risch

This tremendous career milestone is the result of hard work and selfless service, even if it had unplanned beginnings. A son of a police officer and a native of Orange/West Orange, New Jersey, Lieutenant General Risch did not always expect to have a military career. While studying at Seton Hall Law School he applied for the Army reserves. LTG Risch was initially commissioned a Second Lieutenant in the Field Artillery in 1984. He served as a Platoon Leader, Executive Officer, and Company Commander in the 78th Infantry Division, U.S. Army Reserve, while attending law school. He entered active duty and the Judge Advocate General's Corps in 1988.

Reflecting on his beginnings and time at Seton Hall Law, LTG Risch recalled a challenging and supportive academic environment with “professors who pushed me to go above and beyond in preparation, in analysis, and in both written and verbal advocacy.” He continued, “They set me on a path that has allowed me to exceed my every expectation.” In addition to an outstanding legal education, LTG Risch formed strong bonds at Seton Hall Law and “established incredible friendships and strong working relationships that last to this day.”

"professors who pushed me to go above and beyond in preparation, in analysis, and in both written and verbal advocacy.” He continued, “They set me on a path that has allowed me to exceed my every expectation."

LTG Risch’s commitment to service extends beyond his active military duties and benefits his Seton Hall Law family, where he finds time to make selfless contributions to our military-affiliated students and alums. Most recently LTG Risch became involved in Seton Hall Law School’s Military-Affiliated Task Force, a group that works to ensure the law school remains mindful of our colleagues’ service and facilitates their success as civilians and students. “Even today, the faculty, staff, and students continue to provide exceptional support to military veterans and those looking for any opportunity to serve something larger than themselves. All of this makes me incredibly proud to call myself an SHU Law School Alum, and I’d like to extend my sincere thanks to the entire SHU Law community.”

“The entire Seton Hall Law School community and a grateful nation would like to extend sincere congratulations to LTG Risch on his well-deserved promotion to Lieutenant General and to The Judge Advocate General of the United States Army,” said Jennifer D. Oliva, Associate Dean for Faculty Research & Development, Professor of Law, and United States Army Veteran. “We are also grateful to LTG Risch for his significant contributions to our military-affiliated students and alums and his selfless service to our Military-Affiliated Task Force. He is truly a humble and inspirational leader.” Dean Kathleen Boozang echoed the sentiment, “LTG Risch’s success is a testament both to his talent and his devotion to this country. His career trajectory illustrates for our current students and our alumni that pursuit of public service provides tremendous opportunities for growth, development, and influence. We couldn’t be more proud.” 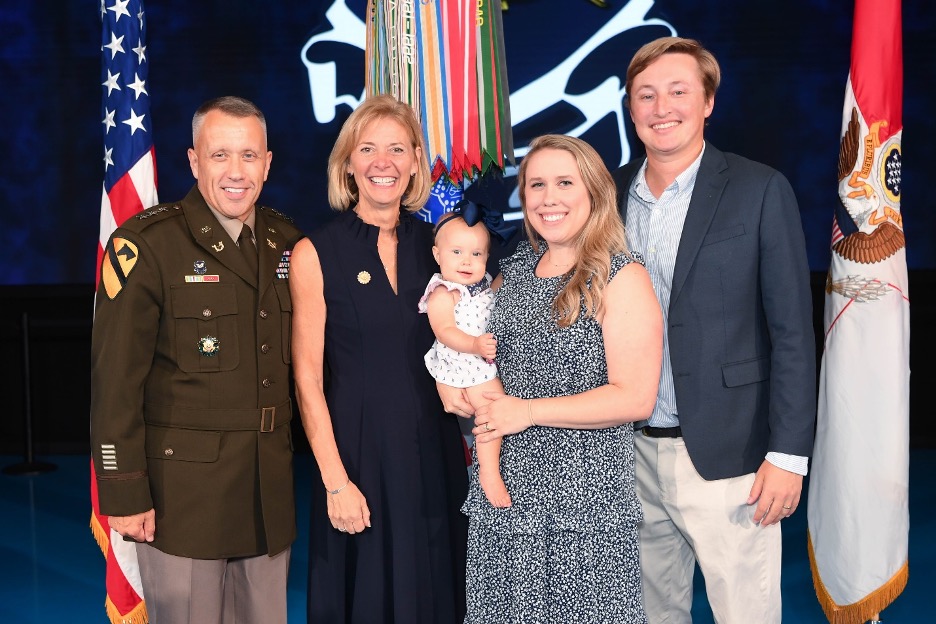