Seton Hall Law ranks #17 of more than 200 law schools “in placing their 2017 graduates into fulltime, long-term law jobs that require passing the bar and were not funded by the schools themselves—widely viewed as the gold standard for new lawyer employment.”

And Seton Hall Law ranks #26 “in placing 2017 graduates into either fulltime, long-term jobs that require bar passage, or jobs for which a J.D. offers an advantage.”

If the comparison is extended to the Philadelphia market, Seton Hall Law ranks an impressive fourth among 16 in gold-standard employment outcomes. 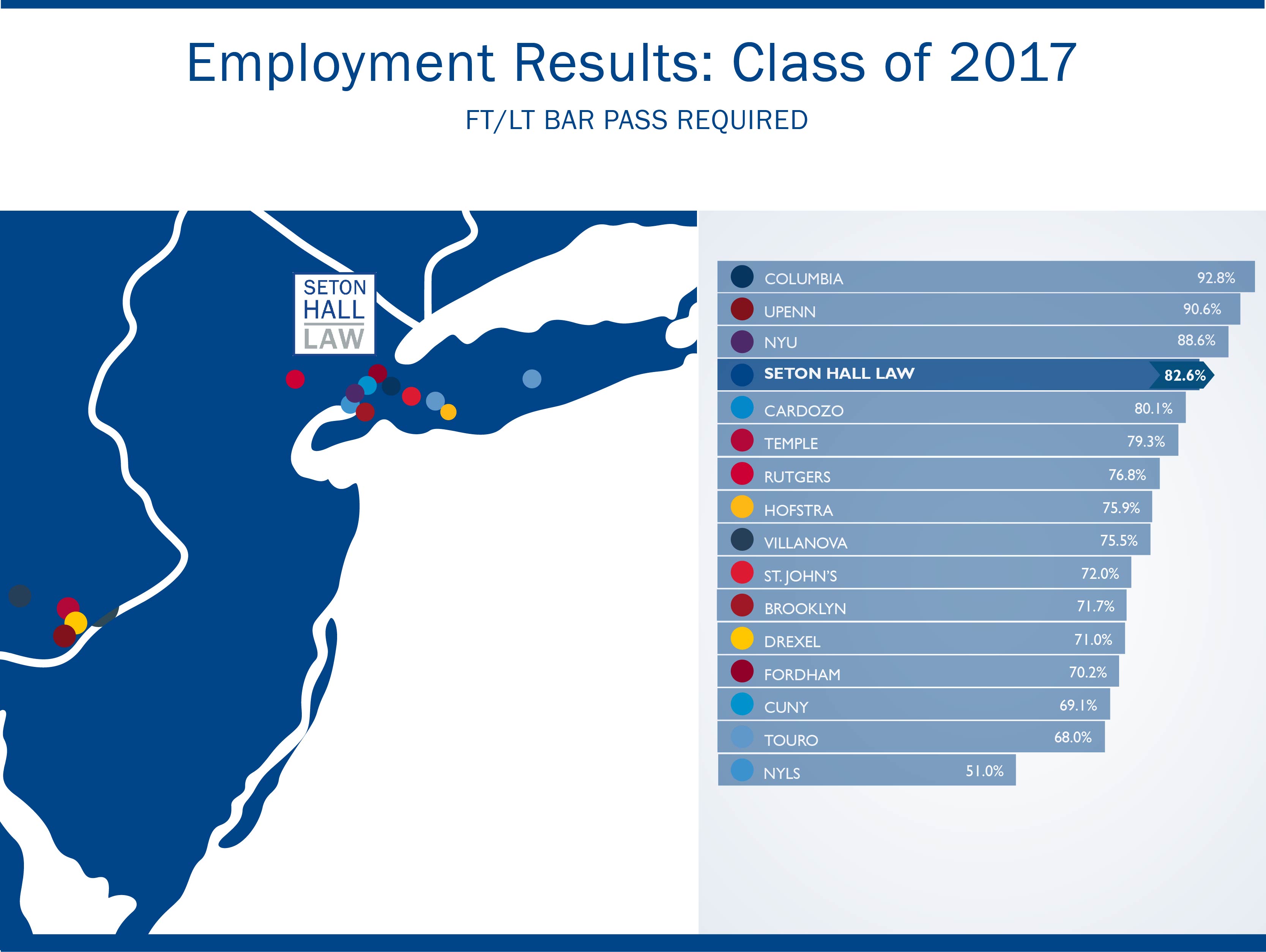 Seton Hall Law is thrilled to celebrate the accomplishments of the members of the Class of 2017 as they launch their promising careers. Their employment outcomes are the result of both our students’ dedication to excellence and the proactive assistance of Office of Career Services and a faculty committed to teaching and mentoring one student at a time.