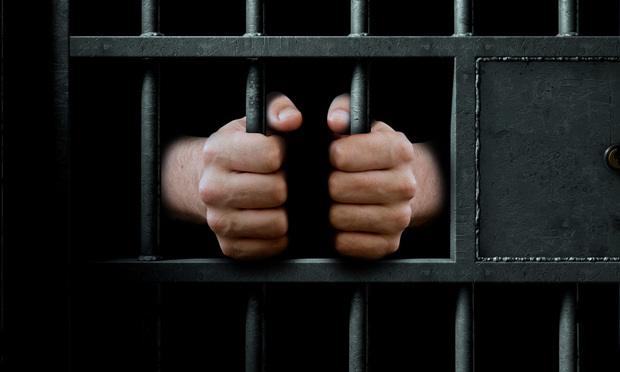 OP-ED: New Jersey should now turn to reforming the laws that impose a cascade of court fines and permit the suspension of hundreds of thousands of driver’s licenses each year simply because of residents’ inability to pay justice-related debt.

New Jersey is a proven leader in criminal justice reform. Prior to the groundbreaking Criminal Justice Reform Act in 2017, thousands of poor individuals languished in county jails awaiting trial—on average, for nearly a year—because they could not afford bail. Last month, the Third Circuit upheld New Jersey’s bold move away from monetary bail to a risk-based system for detention, thereby preserving the basic principle of equal justice that how much money a person has should not determine whether he or she is incarcerated.

But the State’s work is not done to eliminate the criminalization of poverty in New Jersey. Continuing its leadership on this issue, New Jersey should now turn to reforming the laws that impose a cascade of court fines and permit the suspension of hundreds of thousands of driver’s licenses each year simply because of residents’ inability to pay justice-related debt.

Until recently, too many have ignored the devastating impact of this system on low-income communities. A new report from the New Jersey Supreme Court Committee on Municipal Court Operations, Fines, and Fees is a critical call to action.

The Report recommends a wide range of reforms to New Jersey’s municipal courts, where thousands go each day to address parking tickets, disorderly persons charges and other violations. In particular, the Committee expressed “profound concern” about the “never-ending imposition of mandatory financial obligations upon defendants that extend beyond the fine that is associated with the violation.”

We have seen this punitive cycle of monetary penalties and court involvement play out in our own clients’ lives. Even minor municipal court violations often compound into thousands of dollars of debt and invariably lead to license suspension. A recent client of the Center for Social Justice, a disabled veteran, incurred over $15,000 in court-ordered debt arising from traffic fines and unpaid parking tickets, resulting in the suspension of his license. For a decade, our client, who cares for his sick wife, tried unsuccessfully to pay his debt and restore his driving privileges.

For him and so many others, the loss of a driver’s license stood as a further barrier to paying his court debt and overcoming poverty. Driving is often the only means of transportation to jobs, education, workforce training, medical appointments and childcare. Depriving someone of the means to maintain employment and meet the demands of daily life in order to coerce compliance with court-related debt simply does not work. It only further drives the cycle of poverty, and even incarceration.

Citing these concerns, a federal judge in Tennessee last month struck down on equal protection grounds a state law permitting the revocation of indigent court debtors’ driver’s licenses in what may prove to be an influential decision nationwide. The court’s reasoning was simple: license revocation is not a rational mechanism “for coercing payment from a truly indigent debtor, because no person can be threatened or coerced into paying money that he does not have and cannot get.” The Tennessee decision should give New Jersey leaders pause and inspiration to act.

Following the Committee’s report, Chief Justice Stuart Rabner of the New Jersey Supreme Court ordered the review of hundreds of thousands of open, unresolved municipal cases with minor offenses more than 15 years old. This is an important first step in addressing the disproportionate impact of outstanding warrants and court debt upon poor residents.

The Legislature must also act. Fees should be capped and limited, and if an individual is indigent, courts must have alternative sentencing options other than additional monetary penalties or license suspensions.

As the United Nations special rapporteur on extreme poverty recently concluded after a tour of the United States, the time has come to reform local justice systems that generate revenue for municipal budgets, while “keeping the poor in poverty.” On the heels of bail reform, New Jersey is moving in the right direction in responding to the disproportionate impact of municipal fines and fees upon poor defendants. The State has the opportunity to lead once again and should fully consider and act upon the Supreme Court Committee’s common sense suggestions for reform.

Lori Outzs Borgen, Jenny-Brooke Condon and Esere Onaodowan are professors at Seton Hall Law School’s Center for Social Justice, where, along with their students, they help clients overcome civil legal barriers to reintegration after incarceration.