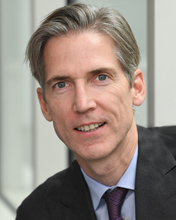 Board of Visitors Distinguished Professor of Law

Professor Healy has received a Guggenheim Fellowship and a Public Scholar Grant from the National Endowment for the Humanities. He has also been a Sheila Biddle Ford Foundation Fellow at the Hutchins Center for African and African American Research at Harvard University and a visiting fellow at the Center for the Study of Law and Culture at Columbia Law School. His scholarship has appeared in the Michigan Law Review, the Notre Dame Law Review, the North Carolina Law Review, the Iowa Law Review, and other journals. He has written essays and book reviews for The Atlantic, The New York Times, The Nation, and The L.A. Review of Books, and his work has been featured in The New Yorker and on NPR’s Code Switch and Radiolab.

Professor Healy received his B.A. in Journalism from the University of North Carolina at Chapel Hill and his J.D. from Columbia Law School, where he was Book Review and Essay Editor of the Columbia Law Review. Prior to joining Seton Hall Law, he clerked for Judge Michael Daly Hawkins on the U.S. Court of Appeals for the 9th Circuit and was an associate at Sidley Austin Brown and Wood in Washington D.C., where he practiced appellate litigation and worked on several cases before the United States Supreme Court. He also worked for many years as a newspaper reporter, first in North Carolina and later as Supreme Court Correspondent for the Baltimore Sun.

Professor Healy teaches the required course in Constitutional Law and electives in First Amendment, Federal Courts, and Criminal Procedure. He was named Professor of the Year by the student body in 2008-09 and Faculty Researcher of the Year in 2015 and 2021.

The Great Dissent: How Oliver Wendell Holmes Changed His Mind – and Changed the History of Free Speech in America, Metropolitan Books/Henry Holt (2013)

Who's Afraid of Free Speech?  What Critics of Campus Protest Get Wrong About the State of Public Discourse, The Atlantic (2017) (<a href="https://knightcolumbia.org/news/whos-afraid-free-speech" target="_blank">longer version</a> published by the Knight First Amendment Institute at Columbia University)

A Supreme Legacy: ﻿ The Conservative Legacy of the Burger Court Lives on in the Precedents it Set, The Nation (Jun. 23, 2016)

A Review of Jeffrey Rosen’s “The Most Democratic Branch:  How the Courts Serve America", FindLaw.com (Aug. 4, 2006)

Will the U.S. Court of Appeals for the Ninth Circuit Finally Be Split?  If So, the Reason Will Be Politics, Not Caseload, FindLaw.com (Sept. 25, 2006)