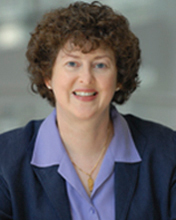 During the fall of 2014, Professor Kaye was the Fulbright Senior Research Scholar at the University of Luxembourg where she examined the implications of automatic exchange of information. She was the PwC Visiting Professor at the Vienna University of Economics and Business in the summer of 2012, where her research resulted in an article entitled Innovations in the War on Tax Evasion. Published in the Brigham Young University Law Review, this article explored the impact of the Foreign Account Tax Compliance Act, particularly on the European Union Member States. After her visit as a scholar at the Max Planck Institute for Intellectual Property, Competition and Tax Law in Munich, Germany, her research was selected for the 3rd annual Comparative Law Work-in-Progress Workshop at the University of Michigan Law School in May, 2008. Her resulting article, The Gentle Art of Corporate Seduction: Tax Incentives in the United States and the European Union was published in the University of Kansas Law Review. She has also written on tax discrimination and direct taxation in the European Union.

Professor Kaye is currently the Chair of the Academia Committee of the International Fiscal Association (IFA) USA Branch. She is also the Co-Director of Seton Hall Law School's Dean Acheson Legal Stage Program, sponsored by the Court of Justice of the European Union and the American Embassy in Luxembourg to promote understanding of European Union Law among American lawyers. During 1998, she was the Director of the Seton Hall "Law in Italy" program. She has been a visiting professor at the Universities of Indiana, Illinois, Freiburg, and Leiden, as well as Renmin University of China Law School and the University of International Business and Economics, School of Law, in Beijing. In spring 2002, she was a Fulbright Senior Scholar at the Albert-Ludwigs-Universitat in Freiburg, Germany. She is also an Associate Member of the European Association of Tax Law Professors.

The Gentle Art of Corporate Seduction: Tax Incentives in the United States and the European Union, 57 U. Kan. L. Rev. 93 (2008)

Source of Income Rules and Treaty Relief From Double Taxation Within the NAFTA Trading Bloc, 61 La. L. Rev. 353 (2001) (with Schadewald)

A Look at the Source of Income Rules and Treaty Relief From Double Taxation Within the NAFTA Trading Bloc, 21 Tax Notes Int'l 1063 (2003) (with Schadewald)

New Tax Challenges: U.S. and EU Perspectives Conference, Presented Nexus in the Digital Era-US RST and Global Income Taxation at the University of Luxembourg (May 18, 2018 - Luxembourg)

Human Rights & Tax in an Unequal World, panelist on The Responsibilities of Governments: The Case of Transparency, Center for Human Rights and Global Justice, NYU School of Law (September 2016 - New York City)

Exchange of Information, CESI Symposium: Taxation in Europe: tax administrations at the heart of the crisis (October 2014-Brussels, Belgium)

Taxation and Development Incentives in the United States, 19th Congress of the International Academy of Comparative Law at University of Vienna (July 2014-Vienna, Austria)