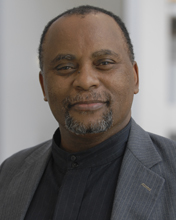 
Professor Freamon's primary teaching focus is in Islamic Jurisprudence and Islamic Legal History. He also has strong interests in ethics, international law, comparative law, evidence, legal philosophy, criminal law and jurisprudence, and Anglo-American legal history. In recent years, Professor Freamon has increasingly turned his attention to the problem of slavery in the Muslim world. His recently published book, Possessed by the Right Hand: The Problem of Slavery in Islamic Law and Muslim Cultures (Leiden: Brill, 2019), is the first comprehensive legal history of slavery in Islam ever offered to readers. After examining the issue from pre-Islamic times through to the nineteenth century, Professor Freamon considers the impact of Western abolitionism on the conceptions and practice of slavery in the Muslim world, arguing that abolitionist efforts have been a failure, with the notion of abolition now being nothing more than a cruel illusion. He closes this ground-breaking account with an examination of the slaving ideologies of ISIS and Boko Haram, asserting that Muslims now have an important and urgent imperative and responsibility to achieve true abolition under the aegis of Islamic law. The book is now available in paperback. For more information see: Brill.com.

Professor Freamon has also served as co-editor of an important collection of essays entitled Indian Ocean Slavery in the Age of Abolition, published by Yale University Press in 2013. In that same vein, he recently contributed an essay entitled "Slavery and Society in East Africa, Oman, and the Persian Gulf," to a collection entitled What is a Slave Society? The Practice of Slavery in Global Perspective, edited by Noel Lenski and Catherine M. Cameron and published in 2018 by Cambridge University Press. In that essay, he argues that nineteenth century East Africa, Oman and the Persian Gulf were "genuine slave societies," in the sense that this categorization was used in Moses Finley's ground-breaking book Ancient Slavery and Modern Ideology. Even more recently, he has argued that the contemporary social orders in the six Arab city-states on the Persian Gulf are still "genuine slave societies." See, "Are the Persian Gulf city-states slave societies?". Professor Freamon's essay "Straight, No Chaser: Slavery and Abolition in Modern Islamic Thought," which can be found in the Indian Ocean Slavery collection, challenges scholars, teachers and students of Islamic history to employ realism, unvarnished accuracy, and critical analysis in conveying understandings of the issues of slavery and slave trading in Islamic law and jurisprudence and in Islamic legal history. In several articles and book chapters, he has argued there is now a basis for an ijma' (scholarly consensus) on the illegality of slavery under the aegis of Islamic law. Following up on that argument, he has organized a website, entitled "ijma-on-slavery.org," that seeks to collect and encourage scholarly dialogue on that question. Readers are invited to visit the site, which can be found at: ijma-on-slavery.org, and to contribute, should they be qualified to do so.

Although Professor Freamon recently achieved emeritus status at Seton Hall, he continues to teach. He currently teaches Islamic Jurisprudence at New York University School of Law and he offers a unique course on slavery and human trafficking, based in Zanzibar, Tanzania, for students in George Mason University's Global Education Office. He has wide experience, having practiced law for over forty years, and he has lectured, consulted, and published in the areas of Islamic Jurisprudence, Islamic Legal History, Comparative Law, Evidence, Prisoner's Rights, Slavery and the Law, Legal Education, and Professional Ethics, for almost as many years. In March, 2010, Professor Freamon was elected to membership in the American Law Institute, the leading independent organization in the United States producing scholarly work aimed at clarifying, modernizing and improving the law.

Professor Freamon is the author of a number of articles, book chapters, and encyclopedia entries in Islamic law and jurisprudence, including "Martyrdom, Suicide and the Islamic Law of War: A Short Legal History," published in 2003 by the Fordham International Law Journal, "Some Reflection on Post-Enlightenment Qur'anic Hermeneutics," published in 2008 by Michigan State Law Review as part of a symposium on the future of Islamic law scholarship in the United States, "The Emergence of a New Qur'anic Hermeneutic: The Role and Impact of Universities in West and East," which is part of a collection entitled The Law Applied: Contextualizing the Islamic Shari'a (London: I.B. Taurus, 2008), "ISIS, Boko Haram, and the Human Right to Freedom from Slavery under Islamic Law," 39 Fordham Int'l L. J. 245 (2015, and "Toward the Abolition of Slavery under the Aegis of Islamic Law," published in The Comparative Jurist, William and Mary Law School's international and comparative law blog. He is the author of two entries in the Encyclopedia of Antislavery and Abolition (Westport, CT: Greenwood Press, 2007), one entitled "The Qur'an and Antislavery" and the other entitled "The Ideological Origins of Antislavery Thought." His entry "Slavery" appears in the Encyclopedia of Islamic Political Thought (Princeton: Princeton University Press, 2012). He is currently working on a textbook, tentatively entitled Slavery, Human Trafficking and the Law, to be used by law students in courses on that subject.

Professor Freamon was the founding director of Seton Hall Law School's Center for Social Justice and served for five years as board chairperson of the Essex-Newark Legal Services Corporation. He is a long-time member of the board of editors of the New Jersey Law Journal and he served as an elected member of the Board of Trustees of the American Civil Liberties Union of New Jersey from 1998 until 2008. In the 1999-2000 academic year, Professor Freamon was a Samuel I Golieb Fellow in Legal History at New York University School of Law. He has been a visiting professor of law at Washington and Lee University School of Law in Lexington, Virginia and at Rutgers University School of Law in Newark, New Jersey. In 2007, he completed a fellowship at the Gilder Lehrman Center for the Study of Slavery, Resistance and Abolition at Yale University. His international experience includes two years on the law faculty of the University of Nairobi in Nairobi, Kenya and a sabbatical semester as a special student at Al Azhar University in Cairo, Egypt, the premier educational institution in the Sunni Islamic world. While teaching full-time at Seton Hall, Professor Freamon operated ABA-approved study abroad programs in Cairo, Egypt, Zanzibar, Tanzania and Amman, Jordan. The program in Cairo, Egypt, which operated for seventeen years, was the first ABA-approved study abroad program in the Arabic-speaking Middle East.

Possessed by The Right Hand: The Problem of Slavery in Islamic Law and Muslim Cultures, Leiden: Brill (2019)

"Slavery and Society in East Africa, Oman and the Persian Gulf" In What is a Slave Society? The Practice of Slavery in Global Perspective, Cambridge; New York: Cambridge University Press (2018) (Noel Lenski and Catherine M. Cameron, eds.)

"Islamic Law, the Abolition of Slavery in the Muslim World and the Problem of Moral Progress", In The Philosophy of Slavery and Emancipation, Cambridge; Cambridge University Press (2016) (Simon Roberts-Thomson and Nathaniel Adams Tobias Coleman, eds.)

"Definitions and Conceptions of Slave Ownership in Islamic Law," In The Legal Understanding of Slavery: From the Historical to the Contemporary, Oxford: Oxford University Press (2012) (Jean Allain, ed.)

"The Emergence of a New Qur'anic Hermeneutic and the Role and Impact of Universities in West and East, " In The Law Applied: Contextualizing the Islamic Shari'a, in London: I.B. Taurus (P. Bearman, W. Heinrichs, and B. Weiss, eds.) (2008)

"Ideological Origins of Antislavery Thought," in 1 Encyclopedia of Antislavery and Abolition, at 345-357, Westport, Conn. and London, U.K.: Greenwood Press (2007)

Peer Review Physicians and the State Action Exemption: Are They Protected When They Act in Bad Faith?, 9 Preview of U.S. Sup. Ct. Cases 247 (1988)

"A Danish Trojan Horse: Law and the Muhammad Cartoons", Jurist (2006)

"An Optimistic Democrat," review of "After Jihad" by Noah Feldman, Farrar, Straus, and Giroux, New York (2003)

"A Primer in Islamic Law," a review of Laleh Bakhtiar's Encyclopedia of Islamic Law: A Compendium of the Major Schools, Kazi Publications, Chicago (1995)