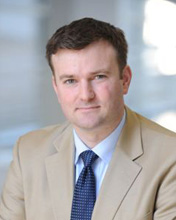 Professor of Law and Associate Dean for J.D. and Graduate Admissions


Professor Sheppard’s research examines the relationship between the manner in which the law is expressed and the consequences that it brings about. He is most interested in human behavior within a legal context, such as judicial decision-making or lawyer conduct, and computer automation, particularly the capacity for machines to interpret legal language. His work often makes use of the insights of legal philosophy and the methodologies of behavioral psychology to investigate how the clarity of our legal directives changes the way that we justify or argue against state action. His other academic interests include legal ethics, international law, jurisprudence, torts, entertainment law, and legal innovation.

He has published academic work on the Vanderbilt Law Review, Yale Press, University of Toronto Law Journal, Harvard Law Review Forum, Georgetown Journal of Legal Ethics, and Boston College Law Review, among others. Professor Sheppard is also a frequent commentator on developments in legal services technology, having contributed articles to national publications like the ABA Journal’s Legal Rebels series and Bloomberg. He has also published guest essays on issues of international and domestic justice in the New York Times, Los Angeles Times, Boston Globe, The Hill and on Slate.

Professor Sheppard also serves as an advisor on issues of ethics, political unrest, and injustice. Recently, he has been a high-profile commentator on police reform and on the use of legal ethics against important lawyers connected to the Trump Presidency. In 2011, he was a co-author of the report analyzing the legality of the 2009 Honduran coup for the Truth and Reconciliation Commission of Honduras, a project lauded by numerous governments as well as by the OAS and the UN. Professor Sheppard has also served as an empirical researcher and consultant for organizations such as the Perception Institute and the Last Resort Exoneration Project.

Professor Sheppard joined Seton Hall as an associate professor in 2010 after serving as a Climenko Fellow at Harvard Law School, where he earned his S.J.D.  While studying at Harvard Law School, he continued to work at the First Circuit as a staff attorney, working largely on criminal and immigration cases. He also coordinated the Law Teaching Colloquium of the school’s Graduate Program. Before then, he served as a law clerk in Boston for Judge Levin H. Campbell of the United States Court of Appeals for the First Circuit and for Justice Martha B. Sosman of the Supreme Judicial Court of Massachusetts, and he earned his J.D. from Boston College Law School. He is a member of the Massachusetts Bar.

For the Sake of Argument: A Behavioral Analysis of Whether and How Legal Argument Matters to Decisionmaking, 40 Fla. St. U. L. Rev. 537 (2013) (with Andrew Moshirnia)

Calculating the Standard Error: Just How Much Should Empirical Studies Curb Our Enthusiasm for Legal Standards?, 124 Harv. L. Rev. F. 92 (2011)

Evaluating Norms: An Empirical Analysis of the Relationship Between Norm-Content, Operator, and Charitable Behavior, 63 Vand. L. Rev. (2010) (with Fiery Cushman)

Report to the Commission on Truth and Reconciliation of Honduras: Constitutional Issues, (2011) (with Noah Feldman and David Landau)

Bring the Guantanamo Detainees to Trial, The Boston Globe (December 19, 2016)

Can This Tech Company Save Legal Education?, Bloomberg (February 3, 2016)

Perspective: The Divide at the Heart of Legal Tech, Bloomberg (2016)

Why Digitizing Harvard’s Law Library May Not Improve Access to Justice, Bloomberg (November 12, 2015)

Why Honduras’s Judiciary Is Its Most Dangerous Branch, New York Times (June 25, 2015) (with David Landau)