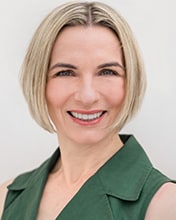 
Professor Margaret Lewis’s research focuses on law in China and Taiwan with an emphasis on criminal justice and human rights.

Professor Lewis has been a Fulbright Senior Scholar at National Taiwan University, a visiting professor at Academia Sinica, a Term Member of the Council on Foreign Relations, a Public Intellectuals Program Fellow with the National Committee on United States-China Relations, and a delegate to the US-Japan Foundation's US-Japan Leadership Program. Her publications have appeared in a number of academic journals including the Columbia Journal of Transnational Law, NYU Journal of International Law and Politics, Vanderbilt Journal of Transnational Law, and Virginia Journal of International Law. She also co-authored the book Challenge to China: How Taiwan Abolished its Version of Re-Education Through Labor with Jerome A. Cohen.

Professor Lewis has participated in the State Department’s Legal Experts Dialogue with China, has testified before the Congressional-Executive Commission on China, and is a consultant to the Ford Foundation.

Before joining Seton Hall, Professor Lewis served as a Senior Research Fellow at NYU School of Law’s U.S.-Asia Law Institute where she worked on criminal justice reforms in China. Following graduation from law school, she worked as an associate at the law firm of Cleary, Gottlieb, Steen & Hamilton in New York City. She then served as a law clerk for the Honorable M. Margaret McKeown of the U.S. Court of Appeals for the Ninth Circuit in San Diego. After clerking, she returned to NYU School of Law and was awarded a Furman Fellowship.

Safeguarding the Boundaries of Right: Jerome A. Cohen’s Experience with Law in the People’s Republic of China, 65 Am. J. Comp. L. 745 (2018) (invited submission)

How Taiwan’s Constitutional Court Reined in Police Power: Lessons for the People’s Republic of China, 37 Fordham Int'l L.J. 863 (2014) (co-authored with Jerome A. Cohen)

The Enduring Importance of Police Repression: Laojiao, the Rule of Law and Taiwan's Alternative Evolution, in The Impact of China's 1989 Tienanmen Massacre, Jean-Philippe Béja, ed.,Routledge (with Jerome A. Cohen) (2010)

Jedidiah J. Kroncke, The Futility of Law and Development: China and the Dangers of Exporting American Law, China Rev. Int’l, Vol. 22, No. 1 (2015)

Susan Trevaskes, The Death Penalty in Contemporary China, The China J., No. 72 (July 2014)

Plea Bargaining in America: An Example from the Mueller Investigation, China University of Politics and Law, Beijing (December 2018)

Recent Changes in Governance and the Law in the PRC and Taiwan, Australian National University, Canberra (April 2018) (Panelist)

The Role of the Judiciary in U.S. Democracy, National Taiwan University, College of Law, Taipei (September 2018) (Commentator) address by the Honorable Allyson K. Duncan, U.S. Court of Appeals for the Fourth Circuit)

The Uncertain Trajectory of Legal Reforms in Taiwan, National Taiwan University, College of Law, Taipei (May 2018)

The Rule of Law and Economic Development in Taiwan and China, International Symposium on the Past, Present, and Future of Taiwan Legal History, Academia Sinica, Taipei (December 2017) (Commentator)

Human Rights and the U.S.-China Relationship in the Next Administration, U.S-Asia Law Institute, NYU School of Law (October 2016)

Implications of the Philippine Arbitration Award, Timothy A. Gelatt Dialogue on Law and Development in Asia, NYU School of Law (November 2016) (Panelist)

Justice in China and the Independence of Defense Lawyers: Recent Developments, The Winston Lord Roundtable on Asia, the Rule of Law, and U.S. Foreign Policy, Council on Foreign Relations, New York (November 2015)