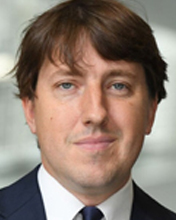 In pursuing his scholarship, Professor Coenen seeks to offer insights of value to theorists and practitioners alike. On the theoretical side, his work has contributed to ongoing scholarly inquiries concerning the relationship between rights and remedies, the tradeoffs between rules and standards, and hierarchical relationships within the federal judiciary, among other things. On the practical side, his work has uncovered patterns of argumentation and reasoning that exist across traditional doctrinal boundaries, and it has offered prescriptive insights as to how judges and practitioners might deploy them in a consistent and coherent manner.

Note, The Significance of Signatures: Why the Framers Signed the Constitution and What They Meant By Doing So, 119 Yale L.J. 966 (2010)