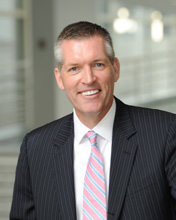 
Professor Hobbs is Dean Emeritus of Seton Hall University School of Law. He joined the Seton Hall Law faculty in 1990 with a specialty in tax law; he became Associate Dean for Finance in 1995 and was named Dean in 1999.

In his 16 years as Dean, Professor Hobbs shepherded the Law School through a series of groundbreaking initiatives that raised Seton Hall Law to unprecedented prominence. Its Health Law program is consistently ranked among the top 10 nationally. The Law School boasts a faculty that is world-renowned in such diverse areas as intellectual property, social justice, corporate bankruptcy, national security policy, and employment law.

During his tenure, Professor Hobbs established several centers of excellence: the Center for Health & Pharmaceutical Law; the Center for Policy and Research; and the Gibbons Institute of Law, Science & Technology. Under his leadership, Seton Hall Law achieved worldwide prominence through a series of groundbreaking initiatives emanating from the school’s social justice mission. As an example, the school has influenced policy and public attitudes globally through its series of reports on the abuses at the Guantánamo Bay Detention Camp.

Professor Hobbs also sustained the Law School’s strong ties to Newark through its support of an array of “pipeline” educational programs designed to introduce Newark youth, from middle school through college, to careers in the law. The New Jersey Law and Education Empowerment Project – NJ LEEP – was founded in 2006 for economically disadvantaged students from 8th to 12th grade, to introduce them to the legal profession and to strengthen their academic skills. Since the graduation of the first NJ LEEP cohort in 2011, the program has achieved a 100 percent college acceptance rate among its participants, with several admitted to the nation's top-tier universities.

Professor Hobbs' dedication to fostering greater diversity in the legal profession is reflected in his founding of the Dean's Diversity Council in 2008, comprising faculty, students, alumni and administration working in concert to enhance the Law School's inclusive environment. In 2012 Professor Hobbs was honored by the Thurgood Marshall College Fund with its Excellence Award for his work on behalf of diversity within the legal profession and for “exemplifying Justice Thurgood Marshall’s commitment to justice, civil rights and education.”

Professor Hobbs is a former member of the Standards Review Committee of the American Bar Association, Section of Legal Education and Admissions to the Bar and has twice chaired the Law School Development Committee. He also serves as a member of the boards of the Newark Alliance and Newark Beth Israel Medical Center. Additionally, he served as a member of the Advisory Board of Lexis-Nexis, the New Jersey Commission of Professionalism and the New Jersey Institute for Continuing Legal Education. In 2004, he served as Chair of the Newark, New Jersey Mayor's Blue Ribbon Commission on the Downtown Core Redevelopment, a key initiative driving Newark’s resurgence and which led the way for the construction of the Prudential Center entertainment arena. He served on the New Jersey State Commission of Investigation from 2004-14, and chaired the Commission for the last four years of his tenure, stepping down to serve as the first Ombudsman in the New Jersey Governor's office.