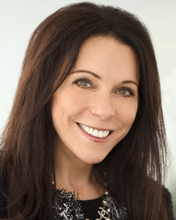 Nationally renowned for her excellence in teaching, she is the unprecedented ten-time recipient of the Student Bar Association's Professor of the Year Award. In 2019 the award was renamed in her honor the Paula A. Franzese Professor of the Year Award. A Harvard University Press publication, (What the Best Law Teachers Do), names her “one of the 26 best law teachers in the United States” and profiles the pedagogical approach that renders her a "dazzlingly effective model of rigor, hard work, creativity and humility." In 2020, she was named one of the Top Women in Law by the New Jersey Law Journal.

Prof. Franzese was named one of twenty Inspiring Women in Education by she knows media and has presented on education as a human right at the United Nations International Human Rights Summit, Youth for Human Rights. She has been named Exemplary Teacher by the American Association of Higher Education, was ranked the Top Law Professor in New Jersey by the New Jersey Law Journal and was named Faculty Teacher of the Year by Seton Hall University. She served as Distinguished Teaching and Learning Professor at the University of Denver Sturm College of Law. and has presented to teachers throughout the country on the art and science of effective teaching. She is past Chair of the Association of American Law Schools Section on Teaching Methods and Vice-Chair of the Legal Education Section of the American Bar Association.

Committed to education reform and restoring civics teaching at all grade levels, Prof. Franzese pioneered the cause of law-related education and mentoring initiatives during her tenure as President of the Justice Resource Center. She teaches civics, leadership, and character to middle-school and high school students.

Her empirical work on the plight of low-income tenants facing eviction has been widely cited, garnering national attention. Her scholarship shines a light on the crisis in safe and affordable housing. She has critically examined how the aims of the Fair Housing Act have been frustrated by alarming declines in stocks of affordable housing, neglect, betrayal of habitability standards, tenant blacklisting, exclusionary zoning, and gentrification. Featured on Top of Mind and Pod Curiam she concludes, "In the five decades since its ratification, the optimism of the Fair Housing Act's drafters has yielded to drastic budget cuts, lax oversight, rising gentrification, and the NIMBY syndrome. That is unjust and certainly not 'fair housing.' A safe place to call home is a human right."

She has authored and contributed to numerous books, including Property and the Public Interest, Learning Core Commercial Law Concepts, Law and Class in America, The Affective Assistance of Counsel and Strategies and Techniques for Teaching Property. Her scholarship includes critical examination of the erosion of trust and community in housing development, the dilemma of privatization, homeowners associations, exclusionary zoning and takings law. She joined in the submission to the U.S. Supreme Court of an amicus brief in the Kelo case. She serves on the editorial board of the peer-reviewed Land Use and Environmental Law Review.

She received the National Council on Governmental Ethics Laws (COGEL) Award, the highest honor conferred by the organization, in recognition of her "significant, demonstrable and positive contributions to the fields of campaign finance, elections, ethics, freedom of information and lobbying over a significant period of time." As Special Ethics Counsel, she and retired Justice Daniel J. O'Hern promulgated the Uniform Ethics Code, a pioneering statutory achievement that has become a model for national replication. She has published and presented on best practices for ethics reform and restoring the public trust.

Prof. Franzese is a Fellow of the American College of Real Estate Lawyers, a Fellow of the American Bar Foundation, and the recipient of numerous awards, including the Sir Thomas More Medal of Honor, the YWCA Woman of Influence Award, the Women Lawyers Association Trailblazer Award, the State Bar Foundation's Medal of Honor, the Justice Marie L. Garibaldi Trailblazer Award and the Bishop Bernard J. McQuaid Medal, the University's highest honor.

She served as a litigator with Cahill, Gordon & Reindel, where she was appointed to the New York City Housing Court Reform Project. She clerked for Justice Alan B. Handler of the New Jersey Supreme Court.

Reclaiming the Promise of the Judicial Branch: Toward a More Meaningful Standard of Judicial Review as Applied to New York Eminent Domain Law, 38 Fordham Urban L.J. 1091 (2011)

Privatization and Its Discontents: Common Interest Communities and the Rise of Government for the "Nice.", 37 The Urban Lawyer 335 (2005)

Restoring the Public Trust: An Agenda for Ethics Reform of State Government and a Proposed Model for New Jersey, 57 Rutgers L. Rev. 1175 (2005)

Does it Take A Village? Privatization, Patterns of Restrictiveness and the Demise of Community, 47 Villanova L. Rev. 553 (2002)

A Short and Happy Guide to Sales, West Academic (2018)

A Short and Happy Guide to Being a College Student, West (2014)

A Short and Happy Guide to Property, Thomson (2011)

The Law According to Skyboxes, (2005) (Contributor, Paul Carrington, ed.)

There’ll Be a Tragic Wave of Evictions Unless Legislatures Act Soon, nj.com (June 26, 2020)

Tenants Should Have the Right to Legal Representation Before Eviction, Star-Ledger Guest Columnist (April 2018)

The Color of Law: A Forgotten History of How Government Segregated Housing in America, New Jersey Law Journal (May 14th, 2018)

Bridgegate Is a Cancer on the Governorship, Star Ledger (November 6, 2016) (Op-Ed)

How Experienced Faculty Can Renew Their Passion for Teaching, Scholarship, and Service, AALS webinar (October 20, 2022) (with Erwin Chemerinsky)

The Future of the Judiciary, PBS State of Affairs (September 20, 2022)

Government Ethics at the Crossroads: Toward Restoring the Public Trust, Symposium on The Ethics of Government Service, Notre Dame Law School (Feb. 12, 2021)

The Future of Opportunity Zones: The Biden Administration and Beyond, Fordham Urban Law Journal Symposium (Feb. 26, 2021)

Fair Housing as a Human Right, Under One Roof, Annual Conference (2018)

The Color of Law: The Harsh Realities of De Facto and De Jure Discrimination in Housing, A Conversation with Richard Rothstein, Seton Hall Law School (May 16. 2018)

A Place to Call Home: Affordable and Decent Housing as a Human Right, Under One Roof Annual Conference, New Brunswick, NJ (2017)

The Power of Empathy in the Classroom, Pace Law School Faculty Colloquium (2017)

Behind the Veil: What the Best Law Professors Do, Association of American Law School Annual Meeting (January 3, 2015)

Knowing Our Worth: Reframing and Reclaiming the Promise of Equality, NJ Women Lawyers' Association Convocation (November 1, 2013)