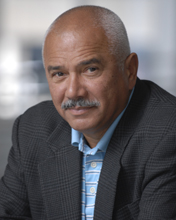 
Professor Caraballo received his B.A. from St. Joseph's College and J.D. from New York University. He previously was with legal aid in New York City and has published in the area of commercial law. He was a Distinguished Visiting Professor at New York University School of Law in 1986. He served as associate dean from 1988 through March 1990. He was on leave serving as the Public Advocate of New Jersey from 1990 to 1992. He came to Seton Hall in 1975.