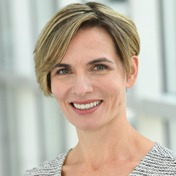 The arrest last month of a former Cleveland Clinic Foundation employee for allegedly failing to disclose to the National Institutes of Health that he held positions at universities in the People’s Republic of China (PRC) is the latest in a string of cases under the Department of Justice’s “China Initiative.”

Then Attorney General Jeff Sessions launched the China Initiative in November 2018 to counter a “grave threat to our national security” emanating from the PRC. Cases involving economic espionage and other crimes linked to the PRC party-state predate the China Initiative, but the attention devoted to these cases has increased dramatically.

FBI Director Christopher Wray stated in February 2020 that “the FBI has about a thousand investigations involving China’s attempted theft of U.S.-based technology in all 56 of our field offices and spanning just about every industry and sector.” At the same event, Attorney General William Barr stressed, “The department will continue to use our full suite of national security tools to combat the threat posed by theft directed and encouraged by the PRC. . . . [O]ur ability to protect American technology will ultimately depend on a partnership and working in collaboration with industry and the academy.”

The China Initiative is giving greater urgency for businesses and universities to review their policies both regarding safety (e.g., protecting data and intellectual property) and regarding employee disclosures of outside affiliations. Before the outbreak of COVID-19, the Department of Justice was ramping up outreach efforts through its Office of Private Sector and individual U.S. Attorneys’ offices, as seen in threat-awareness briefings and the 2019 FBI Academia Summit.

It is difficult to build on these initial conversations during a pandemic. Nonetheless, as the China Initiative gains momentum, industry and academia should push to play an active role in the conversation both to understand the government’s enforcement priorities and to express concerns about how overzealous enforcement can discourage beneficial cooperation.

To be clear, there is no doubt that people with connections to the governing party-state structure of the PRC have engaged in trade secret theft and other activities that are criminal under US law. There is a threat.

However, as I explain in more detail in a forthcoming article, using “China” as the glue connecting cases creates an overinclusive conception of the threat. Especially as anti-Asian racism has spiked during the pandemic, the Department of Justice should discard the “China Initiative” framing and instead focus on cases’ individual characteristics. Businesses and universities should also take extra efforts to ensure that they are creating environments that embody the values of diversity, equity, and inclusion.

Restrictions announced last week on visas for PRC nationals who attend military-linked universities underscore that the China Initiative is only one prong of the Trump administration’s “whole-of-government approach” aimed at responding to challenges in the increasingly fraught US-PRC relationship. A challenge for industry and academia will be to maintain inclusive, collaborative environments while coordinating with the government to mitigate security risks.

Margaret Lewis is a Professor of Law at Seton Hall University School of Law. She specializes in law in China and Taiwan with an emphasis on criminal justice and human rights. She has participated in the State Department's Legal Experts Dialogue with China, has testified before the Congressional-Executive Commission on China, and is a Public Intellectuals Program Fellow with the National Committee on U.S-China Relations. Professor Lewis's biography and publications are available online.